By Sushant December 06, 2019
Hey, What's up guys this is Sushant and welcome to Indian Tech Helper.com. If you are the biggest fan of Xioami smartphones then brand new Redmi Note 8 Pro is one of the best options at its price range. Well, Redmi Note 8 Pro was launched in India almost one and a half month before that is on October 16.

With its arrival in India, it becomes one of the best Gaming, Camera smartphone at just Rs 14,999. If you are wishing to buy Redmi Note 8 Pro in the month of December 2019 then read this post till the end I will give full information about Redmi Note 8 Pro. And also we will discuss that Is this value for money deal? Should I buy or not? and much more questions are going to be answered. 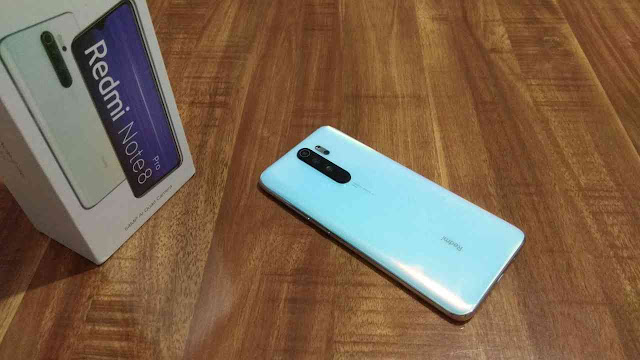 Let me confirm one thing that Whatever I'm going to review or post all are based on my personal use. I personally bought Redmi Note 8 Pro from Amazon/in during first flash sale held on 21 October and it delivered to me on 23 October.

What I experienced with this phone?

Overall, Redmi Note 8 Pro is one of the best smartphones at its price range. Definitely, it kills all other phones at this range for overall performance and gaming.
If you are searching for a phone which should have a good camera, processor, storage, battery then this phone is made for you. After buying this phone you will not tell it as deal-breaking smartphone, you love it. So I give 4.5 ratings out of 5.
So I hope this post will help you to decide whether Redmi Note 8 Pro is for you or not.

Popular posts from this blog

By Sushant December 18, 2019
Fast Things of RCB: Royal Challengers Bangalore (RCB) is one of the most entertaining and exciting franchises in Indian Premier League (IPL). RCB played their first match of the IPL on the year 2008 April 18. Over the years RCB had a lot of up and downs. It is the team which is known for its Fan followings. RCB till now 2019 never won any IPL tournament or trophy but their fans will never lose their hope and always cheers the team. The things you should know about Royal Challengers Bangalore IPL 2020 [RCB] In IPL RCB only has the highest and lowest team total in the league. 263/5 is the highest Team total and 49 is the lowest team total of IPL and both are made by RCB only. RCB was runner up of 2009, 2011 and 2016 but never won the trophy. Virat Kohli is the captain of RCB since 2013. However, in the last 3 IPL, the team was not performed well as it was capable. In the last 3 years, it is at the bottom of the points table. However, some players played well but du
1 comment
Read More>>